Does Obama need to reintroduce himself to voters? 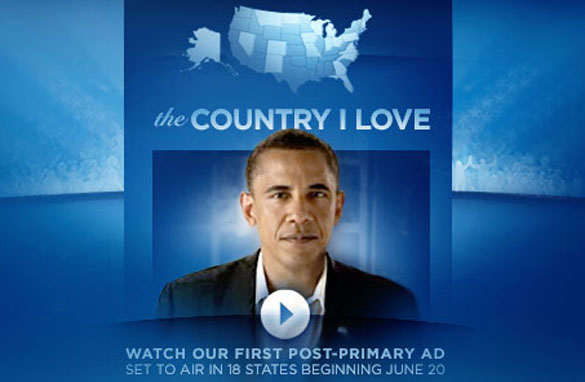 After a 16-month long primary campaign, you'd think voters would already have a pretty good idea about who Barack Obama is.

But not so fast. Now that Obama has wrapped up the Democratic nomination he's taking the time to reintroduce himself to the American people.

Obama first general election TV ad is airing in 18 states – many of them traditional Republican strongholds – and focuses on his biography. It's designed to show that he shares the same values as all Americans. Even some Republicans have praised the ad for its focus on values, tax cuts and welfare reform.

A close friend of Obama told the Washington Post it's necessary to start a new campaign with a new introduction, saying "You can't presume that everybody was paying attention during the primary season.” An Obama media adviser adds that the candidate still isn't well known to voters in many parts of the country.

Obama opted out of public financing for his campaign last week because it's estimated he can raise hundreds of millions of dollars more than public financing would provide him. If that proves to be the case, we will all get to know Barack Obama quite well between now and November

Here’s my question to you: After a 16-month primary campaign, is it necessary for Barack Obama to reintroduce himself to voters?

END_OF_DOCUMENT_TOKEN_TO_BE_REPLACED

Republicans have something else to worry about besides the war in Iraq, the economy and President Bush. Former Republican congressman Bob Barr is running as a Libertarian candidate for president. Some in the GOP are worried Barr's candidacy will take away conservative votes from John McCain.

They fear that the Barr factor combined with high turnout and enthusiasm among the Democratic base could spell trouble for McCain. One Republican says he doesn't think Barr would get more than 4 percent of the vote... but that might be enough in some states.

And some Democrats agree... saying that Republicans are crazy if they aren't worried about Barr – who was the first lawmaker to call for Bill Clinton's resignation over the Monica Lewinsky scandal. He also made a name for himself fighting against the loosening of drug laws and supporting gun rights. The Libertarian Party is already on the ballot in 30 states – and is aiming for the other 20.

Not everyone is worried though. Newt Gingrich says "no reasonable conservative is going to vote for anyone except McCain." And Barr himself insists he won't play the role of a spoiler – he says that if McCain loses, it will be due to his own message and vision.

It's worth remembering Bill Clinton won the presidency twice without ever getting a majority of the popular vote because of the third party candidate Ross Perot.

Here’s my question to you: Should Republicans worry that Libertarian Bob Barr will take away votes from John McCain?

END_OF_DOCUMENT_TOKEN_TO_BE_REPLACED

People saying stupid things during political campaigns is nothing new…but occasionally something comes along that is simply breathtaking in its stupidity.

A top John McCain adviser says another terror attack on the U.S. would help his candidate's chances of winning in November.

Chief McCain strategist Charlie Black tells Fortune magazine the assassination of former Pakistani Prime minister Bhutto last year was an "unfortunate event"... but McCain's quote "knowledge and ability to talk about it reemphasized that this is the guy who's ready to be Commander-in-Chief. And it helped us." unquote.

Black also said another terrorist attack on U.S. soil would be "a big advantage" to McCain.

Who says this stuff? Black has already come under fire for his work on behalf of an international assortment of goons, thugs, autocrats, and dictators... from whom he took tons of money in exchange for arranging access to the power corridors of Washington. Black has resigned from his work as a lobbyist.

Here’s my question to you: Should McCain adviser Charlie Black be fired for saying a terrorist attack would help McCain’s chances?

UPDATE: Black says he “deeply regrets” his comments, calling them “inappropriate.” Earlier, McCain distanced himself from the terror comments, saying he disagrees “strenuously” and “cannot imagine” why Black would make them.