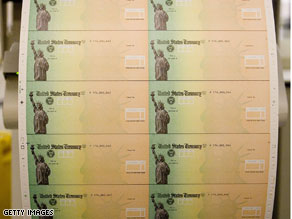 END_OF_DOCUMENT_TOKEN_TO_BE_REPLACED

What do close Obama-McCain polls suggest?

A highly unpopular Republican president, an equally unpopular war in Iraq, a battered GOP brand, economic worries, $4 dollar plus gasoline. It seems like this election should be tailor-made for a Democrat, especially one who's promising change.

But that's not what the polls are indicating so far. The latest CNN poll of polls shows Barack Obama leading John McCain 48% to 43%, a difference of just 5 points.

A new Wall Street Journal-NBC poll puts Obama's lead at 6, which is double his previous lead. However, it's much smaller than the Democrats' 16-point lead when voters are asked – without candidates' names – which party they want to win the White House.

The poll points to strengths and weaknesses of both candidates. When it comes to Obama, he leads John McCain among African-Americans, Hispanics, women, Catholics, Independents and even blue-collar workers. Obama is also ahead, 61% to 19%, among those who say they voted for Hillary Clinton in the primaries. So much for the disaffected Clinton supporters.

But, McCain leads Obama among white men by 20 points. The Arizona senator also tops Obama when it comes to white suburban women, a critical voting block. However – Obama leads McCain among all white women.

As for McCain, his biggest challenge might just be President Bush. One Democratic pollster calls the president a "200-pound ball and chain" around McCain's ankle. Also, more voters in this survey say they're looking for a president who will bring change, instead of one who has more experience.

Here’s my question to you:What does it mean if Barack Obama and John McCain are less than ten points apart in the polls?

END_OF_DOCUMENT_TOKEN_TO_BE_REPLACED 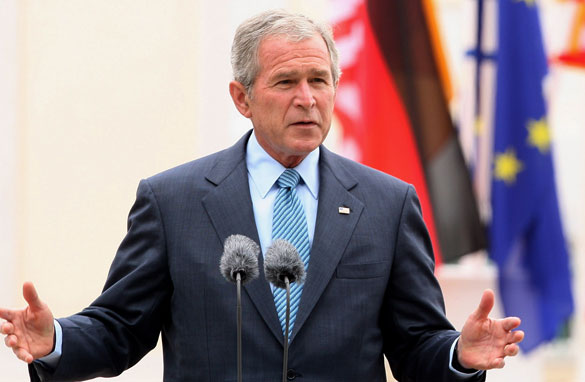 The House of Representatives has voted to send an impeachment resolution against President Bush to committee – where it's likely to die.

Congressman Dennis Kucinich introduced the 35 articles of impeachment this week. Most of the resolution focuses on the Iraq war but also charges the president with illegally detaining both U.S. citizens and foreign captives, condoning torture and mishandling the response to Hurricane Katrina.

But Congress doesn't want to hear it. They voted largely along party lines – 255 to 166 – to send the resolution to the House Judiciary Committee. This is exactly what happened to Kucinich's impeachment articles against Vice President Cheney last year. Congress sent that resolution to this same committee in November. So far, no action has been taken. Congress continues to refuse to exercise its constitutional responsibility of oversight of the executive branch of government.

House Speaker Nancy Pelosi long ago made it known that impeachment is "off the table." This is a joke. We have a president who has abused the power of his office over and over again. It's what got the Democrats elected to the majority in Congress in 2006. Now it's election time again, and every member of the House is up for re-election in November. The Democrats are probably worried what it will look like to many voters if they spend time on impeachment.

Which is why Republicans voted yesterday to bring Kucinich's resolution up for debate immediately – to make the Democrats look silly for focusing on this instead of gas prices, the economy, etc.

Here’s my question to you:What does it mean when Congress refuses to even consider 35 articles of impeachment against President Bush?