Which Hollywood celebrity would you like to leave the country? 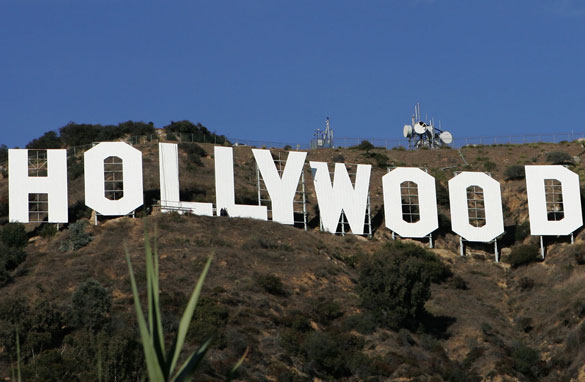 It happens every time there's a presidential election. Some Hollywood celebrity comes out and announces that if the candidate they don't like wins the election, they are going to leave the country.

They say this with a sense of high drama, like anybody cares. Problem is, they never leave. In 2000, Alec Baldwin's wife had reportedly told a magazine that if George Bush won, her husband would make good on a threat to leave the country. I was working at CNNfn at the time and remarked I wanted to be sure to get off on time because I was going to go out to Long Island and help him pack. Alec Baldwin is still here.

This time around it's Susan Sarandon. If John McCain wins, Sarandon is threatening to move either to Italy or Canada. It might be reason enough to support McCain. But five will get you ten that regardless of the outcome of the race between John McCain and Barack Obama, you won't find Susan Sarandon at the Calgary Stampede or the Vatican.

But we can dream, can't we?

Here’s my question to you: Which Hollywood celebrity would you like to see leave the country and why?

END_OF_DOCUMENT_TOKEN_TO_BE_REPLACED

Here we go again. Every time oil and/or gasoline prices get high enough, someone in the government announces an investigation. The idea is to try to convince the poor soul forking over four bucks a gallon for gas that his government gives a damn. This time it's the Commodities Futures Trading Commission.

We've been here before. Investigators this time say they're looking at potential abuses in the way crude oil is bought, shipped stored and traded nationwide. Usually they don't publicize this kind of stuff, but say they are doing so now "because of today's unprecedented market conditions." That and senators and congressmen are catching hell from their constituents who want an explanation of why oil prices are up 42% since last December.

And, heading into the peak summer travel season, gasoline prices are up an average of 76 cents over where they were a year ago.

When you read the fine print, you discover experts say this investigation – like all the others before it – will likely have a limited impact on oil prices, which have been going up for many reasons, including growing demand from places like China and India, the falling value of the dollar, international tensions and low interest rates.

Meanwhile, a new Gallup Poll asks Americans what should be done to reduce gas prices. A majority of those surveyed, 53% favor price controls. 58% support draining oil from the strategic petroleum reserve, and 57% are for drilling in U.S. coastal and wilderness areas that are now off limits.

However, a majority of people say it's a bad idea to ration gas, bring back the 55 mph speed limit or – are you listening, John McCain – suspend the federal tax on gasoline for the summer. If it makes you feel any better, the highest gas prices in Europe are in Norway where motorists pay more than $9 a gallon.

Here’s my question to you: Do you think a government investigation of oil prices will lead to cheaper gasoline?

END_OF_DOCUMENT_TOKEN_TO_BE_REPLACED

Important for Obama to go to Iraq? 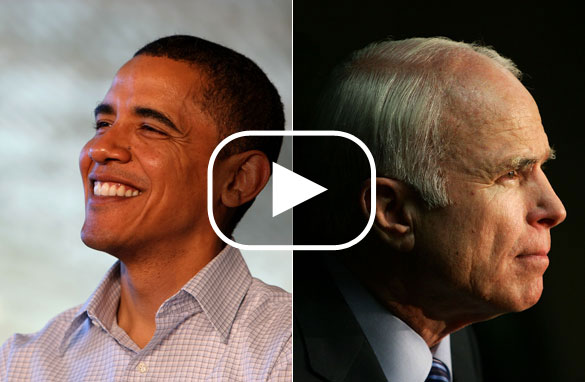 Despite worries on the home front about the economy, the housing market and record high gas prices... the war in Iraq has made it to center stage once again in the presidential campaign.

Turns out both of the likely candidates, John McCain and Barack Obama, think the debate over the war can work to their advantage.

McCain has been blasting Obama about Iraq, criticizing him for making decisions without visiting the war zone since 2006. McCain argues conditions on the ground have changed drastically since then. The RNC says, "the fact that there are 2-year-old Iraqi children who weren't born the last time Obama was in their country raises questions about what he is making his decisions on."

It's part of a larger strategy to paint Obama as inexperienced. It's also pretty convenient to shift attention away from domestic issues – like the economy, energy and health care – where Obama polls much stronger than McCain.

Obama's camp now says the candidate is considering a trip to Iraq, during which he would focus on how best to withdraw U.S. troops, not reconsider whether or not they should leave. Obama suggests McCain hasn't learned enough from all his travels to Iraq, since all he wants to do is continue President Bush's war policies – even saying at one point American soldiers could be in Iraq for 100 years.

If elected, Obama has vowed to start pulling out troops immediately, with all combat brigades out of the country within 16 months. On the other hand, McCain says the U-S can't go until Iraqi forces have been trained and al Qaeda is defeated.

However, there's also a risk for McCain here: by talking about travels to Iraq, he reminds people about his infamous stroll through the Baghdad market last year where he returned to the United States and gave Americans a completely false report about how peaceful and secure it was there.

Here’s my question to you: How important is it for Barack Obama to go to Iraq?