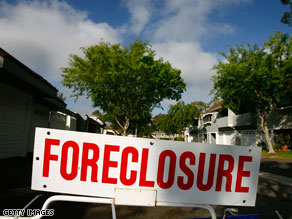 Here's another troubling sign of the state of our economy: more Americans are choosing to file for bankruptcy, despite a 2005 law that makes it more expensive and difficult to do so.

The Washington Post reports bankruptcy filings were up 38% last year for Chapter 7 – which wipes out debt, and Chapter 13 – which reorganizes it. The reasons behind the bankruptcy filings are many, including declining incomes, rising costs, poor health insurance and job instability.

Experts say that the bankruptcy trend cuts across all walks of life – including the young and old, homeowners and renters, the poor and middle class. It used to be that bankruptcies were more likely filed by those who had sudden life changes – like a divorce or job loss. Not anymore.

Declining home values have made bankruptcies even more common... in fact, many people are filing for bankruptcy in order to save their homes. By filing for Chapter 13, owners get a foreclosure frozen and they can negotiate payments with their lenders.

Meanwhile, billionaire investor Warren Buffett is warning that the economy is already in a recession. He believes though it may not be a recession as defined by economists, the people are already feeling it. Buffet adds, "It will be deeper and longer than what many think."

A new Gallup poll seems to show that most everyone is already feeling it, with 87% of those surveyed saying the economy is getting worse and only 17% rating the economy as "excellent" or "good."

Here’s my question to you: What does it mean when more Americans are choosing bankruptcy?

END_OF_DOCUMENT_TOKEN_TO_BE_REPLACED

What should Dems do about Michigan & Florida? 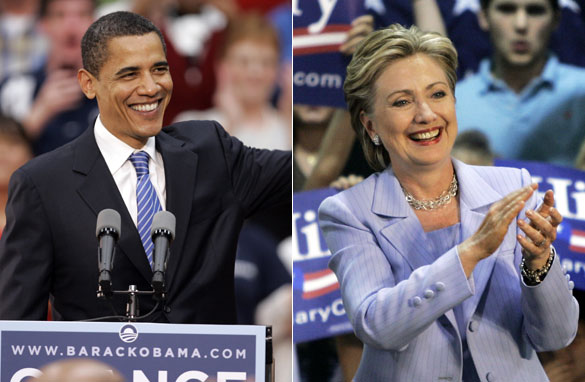 The Democratic Party is going to try to sort out the headache created by Michigan and Florida.

The rules committee meets this weekend to decide what to do with the delegates from those states. Michigan and Florida broke party rules by moving up their primaries and as punishment were stripped of all their delegates. It was made clear to them before they changed the primary dates that is what would happen.

Party lawyers say the DNC has the authority to seat some of these delegates, but not all. They say seating half of the delegates is quote "as far as the committee can legally go." And, once the committee decides how many of the delegates to seat then they need to figure out how to divide them between Clinton and Obama. Could be a long weekend.

It becomes pretty tricky when you consider that in Michigan, Barack Obama's name wasn't even on the ballot. It's also important to note that both candidates signed a pledge not to campaign in either state and agreed the primaries should be invalid if the states changed the dates. Senator Clinton appears to have forgotten this.

Clinton is hoping the committee will seat as many delegates as possible, so she can narrow the gap with Obama and then try to persuade superdelegates to side with her. But the fact is that even if the delegates are fully restored, it won't be enough for her to overtake Obama's lead.

Meanwhile, a Florida court has thrown out a lawsuit challenging the party's decision not to seat the state's delegates. The judge sided with the Democratic Party, saying that political parties have the right to make their own rules. It's the second lawsuit in Florida protesting the DNC's decision to be thrown out of court.

Here’s my question to you: What should the Democrats' rules committee do about Michigan and Florida?

END_OF_DOCUMENT_TOKEN_TO_BE_REPLACED

How will McClellan’s book affect the election? 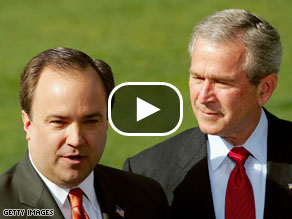 The Bush White House sold the Iraq war to the American people with a "political propaganda campaign" that was led by the president, and focused on "manipulating sources of public opinion" and "downplaying the major reason for going to war."

These are some of the withering charges in an explosive new book by former White House press secretary Scott McClellan. McClellan saw it all from the inside as a member of the president's inner circle.

McClellan stops just short of saying that the president lied about Iraq, but he says the administration played fast and loose with the truth in a way that almost guaranteed that the use of force would be the result. McClellan concludes: "What I do know is that war should only be waged when necessary, and the Iraq war was not necessary."

The White House is dismissing McClellan's claims as the work of a "disgruntled" former employee. But his book may have implications for John McCain. McCain has practically staked his campaign on his national security credentials and the war in Iraq – suggesting the U-S could be in Iraq for 100 years. He has also criticized Democrat Barack Obama for having "no experience or judgment or knowledge on Iraq."

McCain and Hillary Clinton voted for the war. Barack Obama did not. McClellan's book would suggest Obama got it right.

While McCain goes around saying he will never surrender in Iraq, without saying whom he would surrender to, his sale of the Iraq war to the American people as a campaign issue just got a whole lot trickier. A White House insider says the war wasn't necessary.

Here’s my question to you: How will Scott McClellan's book affect the presidential election?