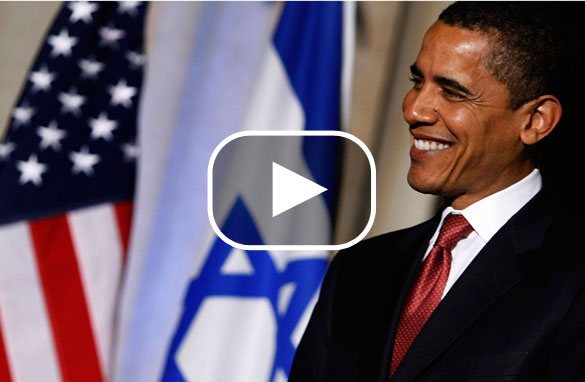 Vic from Wantagh, New York writes:
Well, that's it in a nutshell (or a blintz). Last winter, Obama became a uniting phenomena because he held the promise of transcending race, ethnicity and class distinctions. After the Rev. Wright affair, the "sucking up to Iran" business and now old Jewish folks in Boca Raton, we can see what the American presidential election is all about: America the "melting pot" of social groups becomes America the "boiling pot" of politics and media attention.

George from Atlanta writes:
He doesn't have to do anything. Enough of the double talk and analysis. Their minds were made up long before Obama entered the presidential race. Many of the older Jews in places like Century Village simply will not vote for any African- American.

Joe writes:
Senator Obama doesn't need to go too far out of his way to "persuade Florida's Jewish population to support him". His base of support is non-traditional. In one sense, he doesn't really "need" them… That doesn't mean he should ignore Florida Jews, of course. Rather, he just needs to keep doing what he's doing already, that is, reaching out across "traditional" boundaries, and being the embodiment of true change.

Audrey from Miami, Florida writes:
I am a Jewish white girl from Florida and I am praying Obama gets elected. I know some of my older family members are iffy about him, but they will still vote for him if he's the nominee.

Bob from Florida writes:
Jack, No more than Hillary has a problem with: math, the DNC rules, the superdelegates, Howard Dean, delegate count, number of states won, popular vote, white educated people who work, the electoral map, Bill, defeat, and last but not least… the truth. Capish?

Ilan writes:
Obama needs to go to Israel after the Puerto Rico primary and make a major policy address on his Middle East policy, showing detail and a depth of understanding. Or he could just wear an Israeli flag lapel pin.