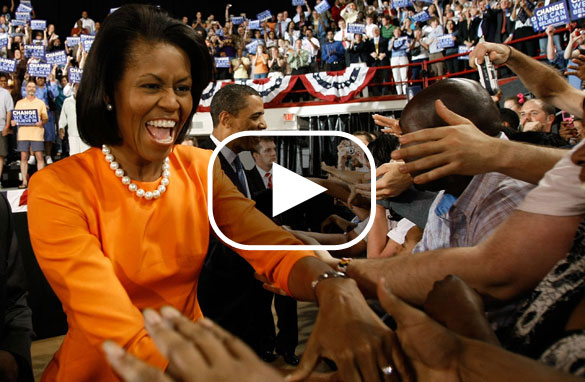 The Tennessee Republican Party has set its sights on Michelle Obama – the wife of Democratic presidential candidate Barack Obama.

A new web video highlights her controversial comment earlier this year, saying she was proud of America "for the first time in my adult life." Obama later clarified the remark saying she meant she was proud of how Americans were engaging in the political process, and that she was always proud of her country.

Nonetheless, the GOP video replays her remark six times and mixes in commentary by people who live in Tennessee on why they're proud of America. The party says it's always been proud of this country, and it requested that state radio stations play patriotic music in honor of Michelle Obama's visit there yesterday.

The Obama campaign calls the attack "shameful”. It says that the Republican Party's "pathetic" attempts to use similar smear tactics have already failed in elections in Mississippi and Louisiana, and will fail again in November. The campaign calls on the Tennessee Republican Party to address Senator Obama directly next time, instead of going after his family.

Meanwhile, it's not the first time the GOP in Tennessee has made waves. Earlier this year, in a truly low-rent stunt, it used Barack Obama's middle name "Hussein" in a news release questioning his support of Israel and showing a photo of him wearing what it called "Muslim attire." The Republican National Committee denounced that piece of garbage.

Here’s my question to you: Is it a good strategy for Republicans to go after Michelle Obama?

END_OF_DOCUMENT_TOKEN_TO_BE_REPLACED

Will gay marriage be a factor in prez race?

There's a chance the issue of gay marriage could make an appearance in yet another election cycle.

The ruling by California's Supreme Court yesterday to overturn the ban on same-sex marriage has put the issue back in the political spotlight. It's something the three presidential candidates pretty much agree on. John McCain, Barack Obama and Hillary Clinton all oppose gay marriage – saying marriage should be between a man and a woman. They also say it should be up to the individual states to decide.

In 2004, Republicans used the issue of gay marriage to get socially conservative voters to come out and support President Bush in the battleground state of Ohio. But four years later it's very much an open question whether voters facing a shaky economy, skyrocketing gasoline prices, an ongoing war in Iraq will even make gay marriage a priority.

One Republican strategist told The New York Times, "At best, it doesn't move voters, and at worst for Republicans, it works against them." He says the GOP could face a backlash for focusing on gay marriage when there is so much more at stake. A gay rights group also says it doesn't see this being "the same kind of issue that it was in 2004."

A poll taken last fall found that 55% of those surveyed said gay marriage would be not at all important or not too important in their vote for president. And that was before gasoline was flirting with $4 a gallon and the economy was staring at a recession.

Here’s my question to you: Will California's decision to legalize gay marriage be a factor in the presidential election?

END_OF_DOCUMENT_TOKEN_TO_BE_REPLACED 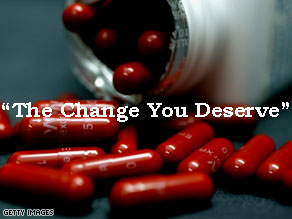 The Republicans are "busy dying” while the Democrats are "busy being born."

Noonan paints a pretty bleak picture for the Republicans come November describing them as "frozen, not like a deer in the headlights but a deer in the darkness, his ears stiff" at the approaching sound of a hunting party.

In light of the string of GOP losses in special elections this spring, Noonan points to many party leaders in Washington she says are stupid and detached. She suggests that Republicans goofed big-time by not breaking on principle with the Bush administration on issues ranging from the Iraq war to immigration to government spending.

If the GOP had pushed back against President Bush in the last few years, Noonan says they could have separated the party's fortunes from the president's. She says it would have left the party broken, but not with a ruined "brand."

Speaking of branding, House Republicans say they have no plans to alter their new campaign slogan "Change you Deserve”. You know, the same one that's used to market the anti-depressant drug Effexor.

Minority Leader John Boehner says the slogan is "working out just fine." Really? For the Democrats, maybe. They're having a field day, saying that, "Democrats, not drugs, is what with American people need."

Here’s my question to you: What slogan would you pick for the Republican Party?