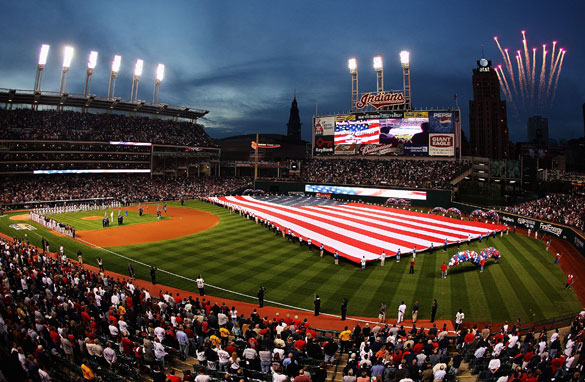 “Just as the world is opening up, we are closing down."

That's a quote from a terrific Newsweek cover story by Fareed Zakaria called "The Rise of the Rest" that explores what's happening to the United States during this global power shift.

Zakaria examines "The Post-American World" where by almost every measure – from industrial to financial, to social to cultural – the distribution of power is shifting away from the United States. It's a stark change from the superpower status we've had for most of the last century. He talks about the dark mood of many Americans, with more than 80% of the country believing we're on the wrong track.

Zakaria says that this post-American world shouldn't necessarily be an "unsettling prospect for Americans." He says it's the result of a series of positive trends that have welcomed in an international climate of "unprecedented peace and prosperity." He points to economic growth of many countries all around the globe and insists that America is benefiting from these trends of globalization.

Even as the rest of the world continues to rise around us, America remains "the most open, flexible society in the world, able to absorb other people, cultures, ideas, goods and services."

Zakaria says American society can adapt to this new world, but wonders if our government can. He points to our narrow foreign policy and desire to be the global rule-maker but then to not always play by the rules.

Here’s my question to you: Is America fading from its position as the most powerful nation in the world?

END_OF_DOCUMENT_TOKEN_TO_BE_REPLACED

Are Clinton's comments on Iran appropriate?

Hillary Clinton sounds too much like President Bush. That's Barack Obama's take on Clinton's threat to "totally obliterate" Iran if it attacks Israel.

Clinton initially made the comments a couple weeks ago, saying: "I want the Iranians to know that if I'm the president, we will attack Iran. In the next 10 years, during which they might foolishly consider launching an attack on Israel, we would be able to totally obliterate them."

Obama says this isn't the language we need right now. He says it's too similar to the kinds of things President Bush says, what Obama calls "bluster and saber rattling." Obama says Clinton is changing the rules right before an election. He said she scolded him about Iran before, saying "we shouldn't speculate about Iran, we've got to be cautious when we're running for president."

Clinton's not backing away from her comment. She says she wants to make it "abundantly clear" to Iran that if they attacked our ally Israel, they would face a "tremendous cost." However, Clinton adds that "nobody wants to go to war with Iran." She refuses to say whether she would order a nuclear response.

Here’s my question to you: Is Hillary Clinton’s comment that the U.S. could “obliterate” Iran if it attacked Israel with nuclear weapons appropriate?

END_OF_DOCUMENT_TOKEN_TO_BE_REPLACED

How important are Indiana and North Carolina? 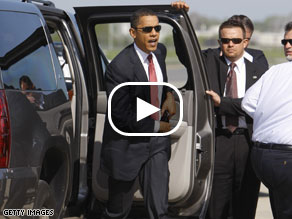 The 16-month fight between Hillary Clinton and Barack Obama continues tomorrow in North Carolina and Indiana.

Obama leads Clinton in the polls in North Carolina, while the latest average of polls suggests Clinton is now slightly ahead in Indiana. If Obama can deliver a pair of wins, it would be a huge psychological boost for his campaign and could bring him one step closer to winning the nomination. If Clinton wins both, she'll still be behind but will think she's won the nomination.

The fact is that Obama continues to lead Clinton in everything except superdelegates where he has narrowed her lead to just 14. He leads in pledged delegates, popular vote and number of states won.

A new poll out also suggests that Obama has rebounded from some of the damage caused by the Reverend Jeremiah Wright controversy. The New York Times/CBS News poll shows 60% of registered voters approve of how Obama handled the situation, and a majority say the news media spent too much time covering the story. Also, Obama's lead over Clinton among Democratic primary voters has increased to 12 points, up from 8 points just a few days ago.

However Obama seems to have lost his edge when it comes to the question of electability. In February, 59% said Obama was the stronger candidate, compared with 28% who said Clinton. In this newest survey, the two are essentially tied.

Here’s my question to you: Considering Barack Obama's lead, how important are Indiana and North Carolina?