Who would you skip work or school to meet? 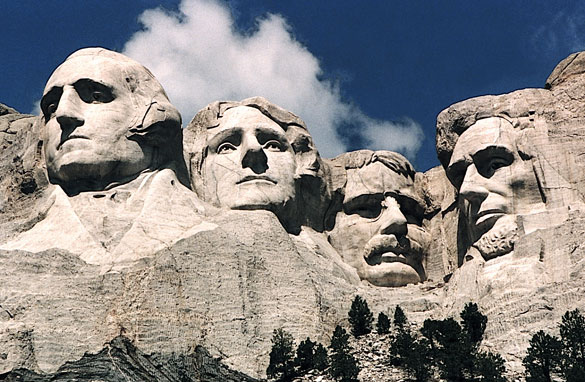 When Colin Saltry and Joey Daniel heard Barack Obama was at Glider's Diner in Scranton, Pennsylvania, eating waffles earlier this week, they couldn't resist. Saltry is class president and Daniel vice president at Scranton High School. They left school and headed for the diner-managing to talk their way in through the media entrance. Soon they were in conversation with the famous senator from Illinois.

When one of them mentioned they would probably be suspended for leaving school without permission, Obama wrote them each a note. "Excuse Joey. Excuse Colin."

It didn't work...both boys were suspended for one day and wound up spending it campaigning for their guy. Both admitted it wasn't the right thing to do to skip school...and both said they would do it again in a heartbeat. Of all the days they will spend at Scranton High School, 20 years from now they will remember every detail of this one.

Here’s my question to you: Which politician - living or dead - would you skip work or school to meet and why?

END_OF_DOCUMENT_TOKEN_TO_BE_REPLACED

Should the candidates be talking more about Iraq? 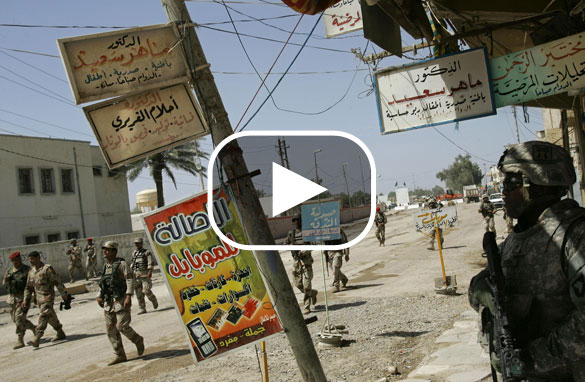 A US soldier of 3rd Battalion, 320th Field Artillery Regiment, looks toward Iraqi soldiers pushing forward during a joint patrol in a market area in Mahmudiyah. Click the Play Button to see what Jack and out viewers had to say. (PHOTO CREDIT: GETTY IMAGES)

A new report out today from the Special Inspector General for Iraq Reconstruction.

The Iraqi army was supposed to be able to stand on its own two years ago. We're now being told they might get around to it by September of 2009.

This program to train Iraqi soldiers - and continue to pay the dead and missing ones - is costing American taxpayers $20 billion dollars. The report comes as Congress prepares to take up President Bush's request for another 108 billion dollars for the wars in Iraq and Afghanistan.

And the Chairman of the Joint Chiefs of Staff today is accusing Iran of increasing arms and training support to insurgents in Iraq.

These news items were not known when a new USA-Today Gallup Poll was taken that shows sixty three percent of Americans say that the United States made a mistake in sending troops to Iraq. That's the highest "mistake" percentage Gallup has ever measured for an active war involving the United States.

Only Sixty-one percent of Americans in May 1971 said the Vietnam War was a mistake.

Here’s my question to you: Are the presidential candidates going to have to spend more time talking about Iraq?

END_OF_DOCUMENT_TOKEN_TO_BE_REPLACED

Just when it seemed like the controversy surrounding Barack Obama and the Reverend Jeremiah Wright was dying down it's back. Reverend Wright is now speaking out for the first time since the story broke.

Wright, who was Barack Obama's pastor, was thrust into the political debate a couple of months ago when clips from some fiery sermons he has given in the past suddenly appeared on YOUTUBE and immediately afterwards almost continuously on television. The controversy forced Barack Obama to give a speech on race relations which seemed to quiet things down.

Now, in an interview tonight on PBS, Wright says the repeated airing of these sound bites is "unfair" and "devious." He doesn't apologize for anything he said. Obama has called Wright's words wrong- and has said that they "express a profoundly distorted view of this country."

When asked how he feels about what Senator Obama has been saying about him- Wright said quote:

This isn't all we can expect to hear from Jeremiah Wright. He is scheduled to speak at the National Press Club on Monday and is the keynote speaker at an NAACP dinner in Detroit this weekend.

This is all happening while North Carolina Republicans are airing an ad in their state focused on the Obama-Wright relationship.

Here’s my question to you: Does Rev. Wright speaking out now help or hurt Barack Obama?