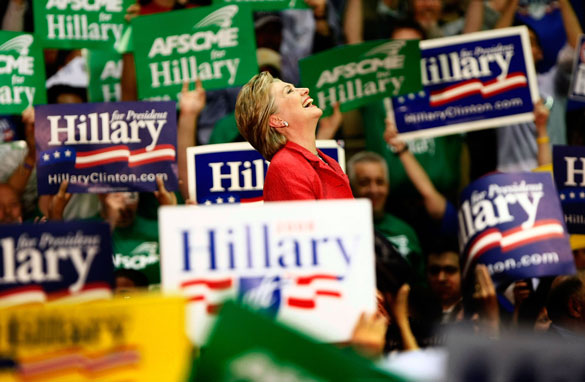 END_OF_DOCUMENT_TOKEN_TO_BE_REPLACED

Cutting taxes and stimulating the economy are more important than balancing the budget according to John McCain.

The presumptive Republican nominee is taking issue with the Democrats' suggestion that he's out of touch on the economy. McCain says he'll cut taxes even if it means running up more deficits. McCain thinks it's Hillary Clinton and Barack Obama who are out of touch since they want to raise taxes during a recession.

McCain says his economic plan is solid, based on extending President Bush's tax cuts – the tax cuts McCain opposed until he got the nomination. Now all of a sudden he thinks they're terrific. He thinks federal spending is the problem and pledges to "scrub" every government agency of wasteful spending. Where have we heard that before?

John McCain is also backing off from his promise to balance the budget by the end of his first term. Flip flop – just like with the Bush tax cuts. Now he says it may take two terms. And by then it will be somebody else's problem.

Today's Wall Street Journal reports that McCain's proposed $650 billion in tax cuts per year – mostly for corporations and upper-income families – would either make the federal deficit "explode" or require unprecedented spending cuts equal to one-third of all federal spending on domestic programs.

One expert says the chances of McCain cutting spending by that much are "nonexistent." In fact, a study of federal spending going back to 1976 shows there's never been a cut in domestic spending as large as what McCain is proposing.

Here’s my question to you: Do you agree with John McCain that cutting taxes is more important than balancing the budget?

END_OF_DOCUMENT_TOKEN_TO_BE_REPLACED

Do Clinton, Obama owe each other spot on ticket? 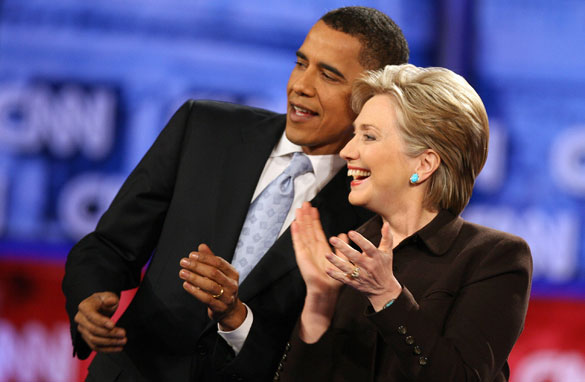 The race between Hillary Clinton and Barack Obama has gotten so nasty that it's hard to imagine the two ever teaming up on a so-called "dream ticket." But some Democrats are holding out hope for just that.

The New York Times reports how several high-profile Democrats, like Former New York Governor Mario Cuomo and Pennsylvania Governor Ed Rendell, along with some of the uncommitted superdelegates think it's a good idea. Their thinking is it would combine the voter bases of both and be a way to end the nomination race before the party's convention in August.

Aides from the two campaigns don't rule it out, but there are some serious roadblocks. To start with, Clinton and Obama probably can't wait to be done with each other. Obama's camp believes Clinton's baggage and her campaign's negative tone would hurt his message of hope. And the Times, citing unnamed sources, reports former President Bill Clinton thinks the Obama campaign has portrayed him as a race-baiter and bare knuckles campaigner.

Some Clinton aides say she would almost have to offer Obama the V.P. position because of his popularity. And at this point, either candidate could argue they have the right of first refusal on the number two spot.

History gives examples where politicians managed to put their dislike for each other aside for the greater political good. JFK picked LBJ as his running mate, Ronald Reagan selected George Bush and John Kerry chose John Edwards. After all – in the end, it's all about winning, isn't it?

Here’s my question to you: Do Hillary Clinton and Barack Obama each owe the other one a spot on the ticket?