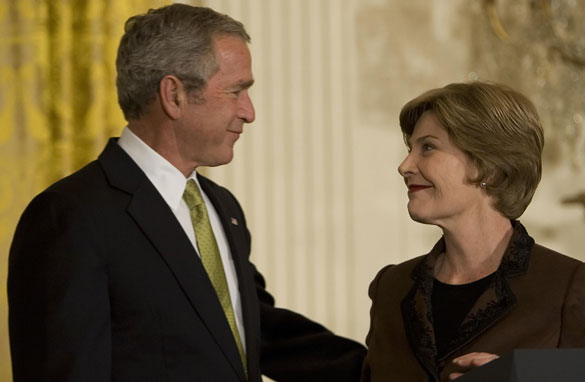 END_OF_DOCUMENT_TOKEN_TO_BE_REPLACED

Demonstrators protesting China's human rights record and the impending arrival of the Olympic torch tie Tibetan flags and two banners to the cables of the Golden Gate Bridge in San Francisco, Monday. Click the Play Button to see what Jack and our Viewers had to say. (PHOTO CREDIT: AP)

Controversy sprinkled with violence and ill will is accompanying the Olympic torch as it makes its way across what is supposed to be a 23-city international tour designed to build interest and good will for the summer Olympics.

Stops in London and Paris produced large-scale demonstrations by people protesting China's human rights record. The torch has now made its way to San Francisco, where the flame is being kept in an undisclosed location for security reasons. Possibly Dick Cheney's house.

Yesterday – protesters there scaled the Golden Gate Bridge and tied a Tibetan flag and two banners calling for a "free Tibet”. There's a 6-mile relay planned in San Francisco tomorrow, but already one runner dropped out because of safety concerns.

Meanwhile, the President of the International Olympic Committee tells the A.P. that the group's board will discuss Friday whether to end the international part of the Beijing Olympic torch relay because of all these protests.

Beijing organizers have said the month-long international relay won't be stopped. In fact, the vice president of the Chinese organizing committee insisted the Olympic torch has been quote, "warmly welcomed by the local people" in each city. Communist China's version of Baghdad Bob.

Here at home, there have been growing calls for President Bush to boycott the opening ceremony of the games. British Prime Minister Gordon Brown is the only head of state to join with Mr. Bush and announce he'll attend. Several world leaders have decided to skip the ceremony and many others remain undecided.

Of course, this whole scenario might have been prevented ages ago if the IOC had listened to those who argued against awarding the Olympic Games to China in the first place because of their human rights record.

Here’s my question to you: Did the International Olympic Committee make a mistake awarding the summer games to China?

END_OF_DOCUMENT_TOKEN_TO_BE_REPLACED

It looks like voter turnout in the upcoming Pennsylvania primary on April 22nd could follow record-breaking trends set around the country this year.

Statewide, there are more than 8.3 million registered voters. That's only 50,000 fewer than the record set in the 2004 presidential election. And we're only talking about the primaries here. Officials say the numbers will go even higher as they continue to process applications that were due March 24th.

Chalk the huge numbers up to the excitement that seems to be bubbling over especially when it comes to the race between Barack Obama and Hillary Clinton. And the implications are not good for Republicans. 4.2 million Democrats have registered in Pennsylvania so far this year... that's an increase of almost 14% from the 2004 Democratic presidential primary, while Republican registration has remained virtually unchanged at 3.2 million. This means Democrats now outnumber Republicans in some counties outside Philadelphia that have long been bastions for the GOP.

It will be interesting to see what an increased voter turnout could mean in the match-up between Obama and Clinton. Pennsylvania delivers 158 delegates, more than any of the remaining states. The polls continue to suggest that Obama is closing fast on Clinton's one time lead of more than 30 points. The most recent CNN poll of polls shows Clinton ahead now by only 6 points, 49% to 43%.

Here’s my question to you: Who benefits most from record Democratic voter registration in Pennsylvania?