How safe do you feel when you fly?

Think about this next time you climb on an airplane.

An FAA whistle-blower testified before Congress today that his bosses repeatedly ignored his reports of inspection requirement violations by Southwest Airlines.

He also says his bosses, who were leaned on by Southwest to remove him from the case, knew the planes were flying illegally and did nothing about it.

You may remember a congressional investigation found that Southwest kept dozens of aircraft flying without mandatory inspections, and it turns out some of them had possibly dangerous cracks. The airline is facing a record $10.2 million fine.

There's more: an American Airlines pilots' group says regulators have mostly ignored several dangerous incidents where cockpit windshields have shattered during flight, sometimes even forcing emergency landings. The pilots claim these safety issues exist because the FAA is too close to the airlines.

For its part, the FAA says 4 U.S. airlines – it doesn't name them – are being investigated for failure to comply with federal aviation regulations. A government agency that knows of four airlines that are not in compliance with FAA regulations but it won't say which airlines? That is beyond outrageous.

Officials say three of the airlines have missed inspection deadlines. But, the FAA still insists people should feel safe despite all this. They say, "Flying is safer today than at anytime in the past."

Here’s my question to you: How safe do you feel when you fly?

END_OF_DOCUMENT_TOKEN_TO_BE_REPLACED

Only about half of all students who attend the main school systems in the 50 largest cities actually graduate from high school. A study by the non-profit "Editorial Projects in Education Research Center" describes graduating from high school in these cities as quote "a coin toss." This rate of 52% is far below the national graduation rate of 70%.

The main school districts of Detroit, Indianapolis, Cleveland and Baltimore had the lowest rates in the country, all below 40%. In Detroit, Michigan the high school graduation rate is 25%.

Not surprisingly there is a sharp contrast between urban and suburban schools. In 35 of the nation's largest cities, graduation rates were lower in the city than in the suburbs. Sometimes the difference was more than 35 percentage points. In Baltimore, 82% of students in suburban districts graduated; only 35% of the kids in the city did.

Nationwide, almost one in three high school students drops out before graduation – that's about 1.2 million dropouts every year. Former Secretary of State Colin Powell calls the dropout rate not just a crisis, but a catastrophe. He's the founding chairman of the group that presented the report.

Officials say more community involvement is needed, and leaders of business and faith-based groups are being urged to make graduation a priority when they talk with students.

Here’s my question to you: How can the U.S. compete globally when only about half the students in our largest cities graduate from high school?

END_OF_DOCUMENT_TOKEN_TO_BE_REPLACED

Your least favorite pick for president? 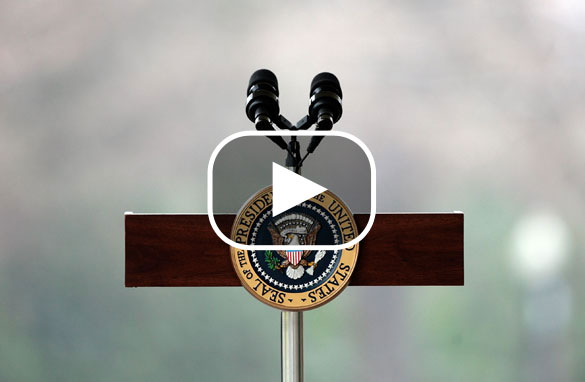 One reason McCain tops the list is he's the only Republican left... so most Democrats choose him, while Republicans polled are split between the two other candidates.

Here are some of the reasons people don't want a particular candidate to become president:

When it comes to McCain, 27% say it's his position on the Iraq war, 25% say he's too much like President Bush and 23% say it's because he's a Republican.

As for Hillary Clinton, 24% say it's because they don't trust her, 18% say they don't want Bill Clinton back in the White House, and 16% say they just don't like her.

Interesting that the criticisms of the Democrats are more personal in nature, while the top issues with McCain are all more related to policy.

Here’s my question to you: Which of the three remaining candidates – John McCain, Hillary Clinton or Barack Obama – would you least want to see elected president and why?