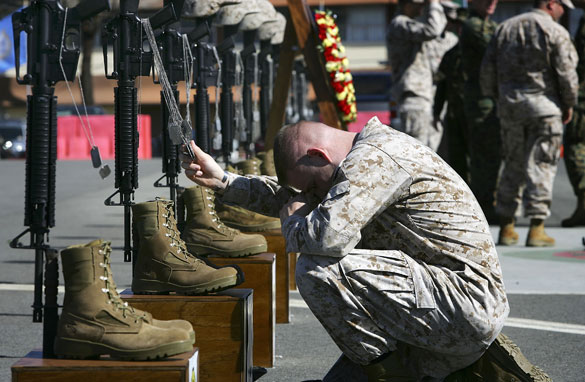 END_OF_DOCUMENT_TOKEN_TO_BE_REPLACED

The race between Hillary Clinton and Barack Obama is getting nastier the farther behind Senator Clinton falls.

Bill Richardson, the New Mexico governor who endorsed Obama on Friday, is being compared to the traitor Judas. Clinton supporter and CNN political analyst James Carville said that Richardson's backing of Obama came "right around the anniversary of the day when Judas sold out for 30 pieces of silver." Richardson served in President Bill Clinton's administration and is now endorsing his wife's rival.

Richardson says he's still the Clintons' friend and refuses to "get in the gutter" like some Clinton people are doing. Richardson says that many in Clinton's camp think they have a sense of entitlement to the presidency.

Meanwhile Pennsylvania Governor Ed Rendell says Obama is trying to "have it both ways”, accusing his campaign of complaining about negativity while frequently going after Hillary Clinton unfairly.

Rendell, who is supporting Clinton, points to remarks by an Obama surrogate, General Tony McPeak, who compared Bill Clinton to Joe McCarthy, the famous Communist witch hunter of the 1950s. McPeak was reacting to remarks by former president Clinton questioning Obama's patriotism.

On Friday, Clinton said quote, "I think it would be a great thing if we had an election year where you had two people who loved this country"… suggesting that would be a match-up between Hillary Clinton and John McCain.

With more than four weeks to go to until the Pennsylvania primary, the Democratic Party continues along the path of self destruction, giving John McCain extra time to read up on the economy and learn the difference between Sunnis and Shia.

Here’s my question to you: Which of the two Democratic campaigns, Clinton or Obama, occupies the moral high ground?

END_OF_DOCUMENT_TOKEN_TO_BE_REPLACED

Why would Clinton not tell the truth about her 1996 Bosnia trip?

First Lady Hillary Rodham Clinton kisses Emina Bicakcic, 8, from Sarajevo who dedicated a poem to her shortly after her arrival at the Tuzla Air Base, Monday March 25, 1996.  Click the Play Button to see what Jack and our viewers had to say. (PHOTO CREDIT: AP)

On two different occasions, Senator Hillary Clinton has described a trip she took as first lady to Bosnia in March of 1996.

To hear her tell it, she was lucky to escape with her life, landing in a hail of sniper fire. She said they were forced to cut short the greeting ceremony at the airport and, "run with our heads down to get into the vehicles to get to our base."

But apparently there was time to stop and visit at the airport with an 8-year-old girl who greeted Mrs. Clinton on the tarmac when she landed and read her a poem.

The military commander on hand to greet Clinton at the time, Major General William Nash, told the Washington Post he was unaware of any sniper threat to Clinton during her 8-hour stay.

Also traveling with the first lady was her daughter Chelsea, the singer Sheryl Crow and the comedian Sinbad, who said the scariest part of the trip was deciding where to eat.

Hillary Clinton claims that she was sent to places that her husband, President Clinton, could not go because they were "too dangerous."

Back to Sinbad... When commenting on Clinton's version of events, he said, "What kind of president would say, 'Hey man, I can't go because I might get shot… but I'm gonna send my wife and daughter. Oh and take a guitar player and a comedian with you.'"

The Washington Post has awarded Senator Clinton "4 Pinnochios" for her story about Bosnia, which it gives for major "whoppers."

Now that all this has come to light, Clinton's campaign is allowing as how she may have "misspoke" about her 1996 trip.

Here’s my question to you: Why would Hillary Clinton not tell the truth about her trip to Bosnia in March of 1996?