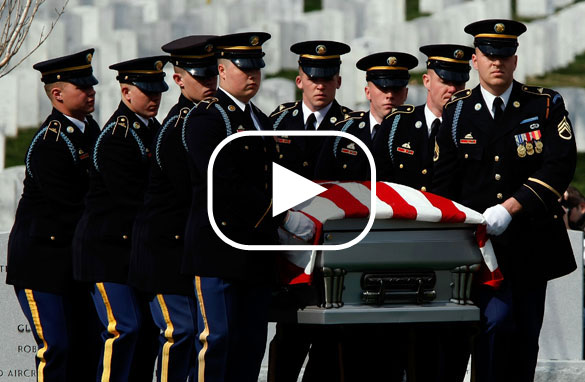 END_OF_DOCUMENT_TOKEN_TO_BE_REPLACED

Where is Clinton left without revotes?

Hillary Clinton is challenging Barack Obama to a rematch in Michigan and Florida.

Clinton made a last-minute trip to Michigan today to emphasize her support for a re-vote there, saying it's "wrong, and frankly un-American" not to have delegates from the two states seated at the convention. She also is suggesting that the outcome of the general election may be at stake if Democrats don't count these delegates. Of course, the DNC penalized both these states for moving up their primaries.

Obama, whose name wasn't on the ballot in Michigan, hasn't yet supported or opposed the plan, but his campaign has raised a number of questions about the proposal. They say that a revote wouldn't make such a big difference in the overall delegate count and that the Clinton campaign is trying to change the rules to suit itself.

As for Florida, plans fell apart over the weekend when the state's Democratic Party said there won't be any revote.

For Clinton, though, many see the revotes in the two states as a necessity. Big victories would help her close the gap with Obama when it comes to pledged delegates as well as the popular vote. Two more victories would also bolster her argument to superdelegates that she can deliver key states.

But the argument to seat Florida and Michigan's delegates based on results from January seems to lose some weight when you consider this: a new study by a Wharton professor suggests that about two million more people would have voted in Michigan and Florida if they thought their votes would have counted.

Here’s my question to you: If neither Florida nor Michigan holds revotes, where does that leave Hillary Clinton?
Interested to know which ones made it on air?

END_OF_DOCUMENT_TOKEN_TO_BE_REPLACED

Today of course marks 5 years since the United States invaded Iraq, but if it's up to the Bush administration, our involvement there will stretch far beyond the 5 years.

Vice President Dick Cheney has been in Iraq this week playing let's make a deal when it comes to our nation's long-term role in a country we now occupy. Cheney came away from two days of private meetings with promises from Shiia, Sunni and Kurdish officials to firm up a new blueprint for relations between the two countries.

The deal would replace a U.N. Security Council resolution that expires in December – you know, the same time that President Bush leaves office. The administration insists the deal will not create permanent U.S. bases in Iraq, set terms for U.S. troop levels or tie the hands of future presidents.

And in keeping with the arrogant, unilateral way it has conducted business for more than seven years, the administration says it probably will not get Senate approval for this plan. Why should the American people have anything to say about it?

The administration says that's because it's not a treaty that provides Iraq with specific security guarantees. Democrats in Congress aren't happy. Some lawmakers have proposed legislation that would make the administration's agreement null and void without Senate approval. Given the Democrats' overwhelming lack of success in stopping President Bush from doing anything, I wouldn't hold my breath.

Here’s my question to you: Should the Bush administration be negotiating long-term agreements in Iraq without the consent of the American people?