Is France right that the U.S. has lost its magic? 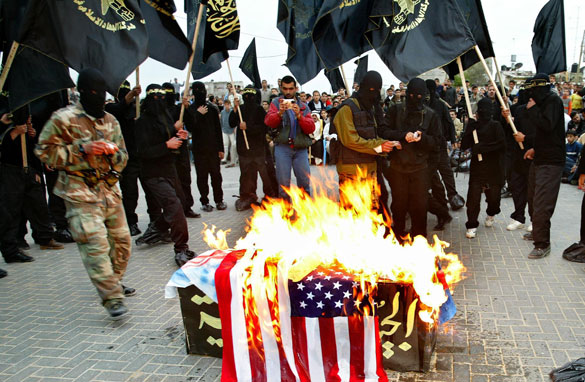 "The magic is over" for the United States. Those are some pretty tough words coming from one of our key allies.

French foreign minister Bernard Kouchner says that whoever succeeds President Bush might restore some of America's tarnished image overseas, but that, "It will never be as it was before." Keep in mind Kouchner happens to be one of France's strongest supporters of the U.S.

The International Herald Tribune reports Kouchner pointed out that the military supremacy of the U.S. endures. But he said that the next president will have to decide what to do in order to re-establish our image, and he said that take some time.

The United States, which had the support of nearly every country in the world after the 9-11 terror attacks, has since squandered much of that goodwill, under the leadership of President Bush. The 2003 American-led invasion of Iraq caused particular damage when it comes to how the rest of the world views us. The best reputation and image in the history of mankind shot to hell in seven short years of the Bush administration. Osama bin Laden must be laughing out loud.

And the next president – be it John McCain, Hillary Clinton or Barack Obama – will have a very long way to go in restoring our reputation, indeed if that is even possible.

Here’s my question to you: France’s foreign minister says “the magic is over” for the U.S. Is he right?

END_OF_DOCUMENT_TOKEN_TO_BE_REPLACED

Eliot Spitzer is out as governor of New York come Monday, but there are still many questions swirling around about what exactly will become of him.

Spitzer resigned yesterday amid a prostitution scandal. But he is also in a legal battle to avoid criminal charges. The U.S. Attorney has said that there's no agreement between his office and Spitzer "relating to his resignation or any other matter."

And experts describe a range of possible charges the disgraced governor could face including: money laundering, wire fraud, tax evasion, violation of the Mann Act (for paying for the prostitute to travel from New York to Washington-thus crossing state lines), misuse of state resources (if he used his government credit card for hotels or meals with prostitutes or if he was being protected by state troopers while he was frolicking with his hooker), structuring (or illegally arranging the cash payments in order to hide their purpose), and soliciting a prostitute.

Spitzer doesn't have a plea bargain, though it's believed that he's trying very hard to get one. Based on the likely charges, one expert tells Bloomberg radio that it "seems unlikely" that Spitzer will spend any time in prison.

Another possibility is he could be disbarred. In New York, an attorney can lose his license if he's not meeting the standards of conduct expected of members of the bar. He probably missed those standards by at least a few yards even though the record suggests those standards are not very high.

Here’s my question to you: Should disgraced New York Governor Eliot Spitzer face criminal charges in connection with his prostitution scandal?
Interested to know which ones made it on air?

END_OF_DOCUMENT_TOKEN_TO_BE_REPLACED 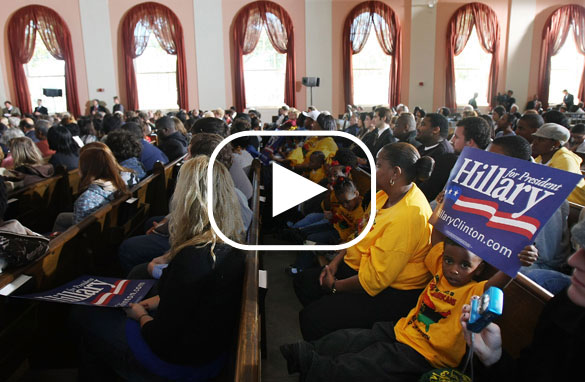 Click on the play button to see what Jack and our viewers had to say. Campaign rally for Hillary Clinton at a Dillard University chapel February 8, 2008 in New Orleans, Louisiana. (PHOTO CREDIT: GETTY IMAGES)

Bill Clinton was once famously dubbed America's "first black president” and both Clintons have enjoyed tremendous popularity among African-Americans. That is, perhaps until now.

Last night, Hillary Clinton found herself apologizing to black voters. She said she was sorry for her husband's comments after the South Carolina primary, which Barack Obama won. At the time, Bill Clinton said Jesse Jackson had also won the state when he ran for president – a comment seen as belittling Barack Obama's victory. Hillary Clinton said she was sorry if anyone was offended and claims that's not how it was meant.

Clinton also responded to Geraldine Ferraro's remarks that Obama wouldn't have made it this far if he were white. Clinton said she repudiates and deeply regrets those comments, adding that Ferraro doesn't speak for her. Ferraro resigned last night from Clinton's campaign finance committee.

Apologies aren't something we're used to hearing out of Hillary Clinton's mouth. In fact, many have been disappointed that she's refused to apologize for her vote to authorize the war in Iraq. The closest Clinton has come is to say she regrets it.

Heartfelt or not, her apologies to African-Americans have become a political necessity. Consider that in a poll taken last October, black Democrats preferred Clinton to Obama by a margin of 57% to 33%. Fast forward five months. These days, Obama is winning as much as 80% to 90% of the black vote.

Here’s my question to you: How much damage has been done to the Clintons' standing in the African-American community by Bill Clinton and Geraldine Ferraro?
Interested to know which ones made it on air?