Does it matter that McCain was born outside the U.S.?

Here's something you may not know about John McCain: He was born in the Panama Canal Zone in 1936. His father was stationed there in the Navy.

The New York Times reports the circumstances surrounding McCain's birth raise questions about his ability to become president since our founding fathers specifically said only a "natural-born citizen" can hold the highest office in the land. The idea was to prevent foreigners from becoming president.

There's no precedent for McCain. No U.S. president has ever been born outside the 50 states. But, McCain's campaign says they're confident he meets the requirement, that they researched the question during his last run in 2000 and this time around as well. And they have asked former solicitor general Theodore Olson to prepare a legal opinion.

McCain supporter Senator Lindsey Graham says it would be incomprehensible if the son of a military officer born on a military installation couldn't run for president. He says it would mean telling every military family their child couldn't become president if born overseas.

There's been lots of internet buzz about the topic in recent months. Some insist McCain is ineligible. According to lawyers who have studied this stuff, there's confusion not just over the provision itself, but also over who would have the legal authority to challenge a candidate on such a point.

Here’s my question to you: John McCain was born outside the U.S. Should that affect his ability to be president?

END_OF_DOCUMENT_TOKEN_TO_BE_REPLACED 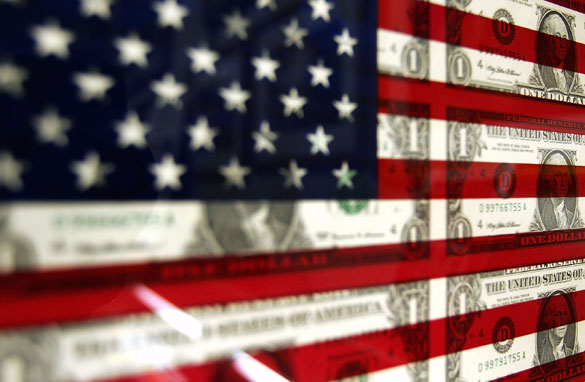 What's happening to the American dream? Among other things, a lot of Americans are worried they won't have enough money for their retirement years.

A new Gallup poll shows 47% of those surveyed are concerned about outliving their money after they retire. That number jumps to 53% when it comes to those between the ages of 30 and 64.

It's no secret that a lot of Americans are feeling a financial squeeze in today's uncertain economy. For many, this means they've decided to delay their retirement. This poll found 45% say they fear they'll have to retire at a later age than they originally planned; this is a big concern especially among younger people.

It didn't used to be this way. And yet President Bush insisted today we're not headed for a recession.

Here’s my question to you: How concerned are you that you’ll have enough money when you retire?

END_OF_DOCUMENT_TOKEN_TO_BE_REPLACED

There's a lot of information voters still don't have about Hillary Clinton, including the White House records from when she was first lady along with her tax returns.

When asked at this week's debate about the White House records, Clinton said she would "absolutely" release the documents to show the public what she did and who she met with over the course of those 8 years. She said she's quote "urged the process be as quick as possible."

Well, the Bush administration now says it's actually the Clintons who have been holding up the release of those records. They say former President Bill Clinton's representative hasn't made any move yet to release over 11-thousand pages of records. The Clinton campaign says it may take two more weeks for that representative to decide what to release and then to request the release of the documents from the White House. How convenient – that would be after next Tuesday when Texas and Ohio hold their primaries.

As for the tax returns, Hillary Clinton also said at the debate she would release them once she becomes the nominee "or even earlier."

But her campaign seems to be backing away from that statement now, suggesting Clinton won't release the financial information until tax time in April. When Clinton loaned her own campaign $5 million, Barack Obama suggested she should follow his lead and release her tax returns so the public could see where the money came from.

Here’s my question to you: How important is it for Hillary Clinton to release her tax returns and White House records now?